Chembarathi 28 November Written Update: Aravind Curses Kalyani For What She Did To Anand

What has happened to Anand? Why is Aravind blaming Kalyani? 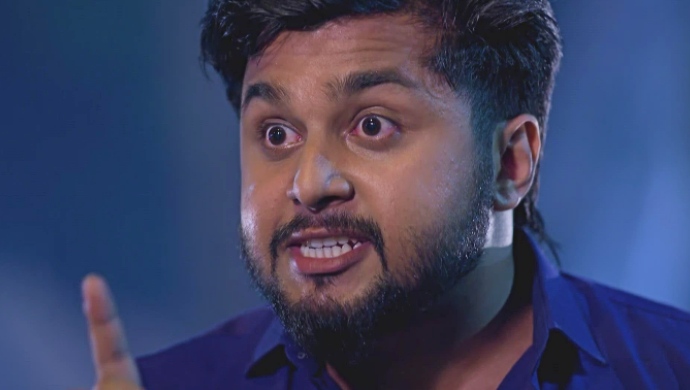 In the previous episode, we saw Kalyani explaining to her father, driver Dasan, that she agreed to marry Chandrapratap mainly to help upkeep Akhilandeshwari’s promise. Meanwhile, Akhila questions Vilasini about Chandrapratap’s job in Mumbai. As Vilasini starts to panic, Akhila adds that she wanted to give Chandrapratap a job in one of their companies, right near home. Not in Mumbai. This annoys Vilasini as it interferes with her plans to send Kalyani far far away. Meanwhile, Anand, agonised by his unrequited love, slaps Aravind who was only trying to console him and then tells them that he is going away. He tells them he is not sure when he will return or even if he will return and then walks out of the Thiruchambarath mansion gate. Kalyani, in the meantime, gets berated by Anniyan Kuttan for not even considering Anand’s feelings before saying yes to Chandrapratap.

In the current episode, an upset Kalyani decides to go to the temple despite Sujatha warning her not to. While returning from the temple, she meets up with Aravind who lashes out at her for Anand’s situation. He accuses her of playing with his feelings and says that he would expect nothing better from a household cook. And then he tells her that no temples in the world will ever bring her peace because of what she has done. Subramanian also adds to the rant and Kalyani stands there, stunned. Akhila, in the meantime, has been frantically trying both her sons’ phone numbers and growing worried because she couldn’t get through to them. She tells Sivaramakrishnan that this is unlike them and that her gut feel says that something is wrong. Aravind and Subramanian spend the day looking for Anand. Late in the evening, Aravind gets a call from a friend who says that he spotted Anand at the rooftop of a hotel. Kalyani returns home heartbroken and scared for Anand. She stands in the compound, pacing up and down.

For more entertainment and drama, watch Sindhooram, the story of two sisters, now streaming on ZEE5.

Watch Vijay Sethupathi As A Miserly Don In The Comedy Movie, Junga