In today's episode of Chembarathi, Kalyani runs out of Anand's room to save Krishnan when she knows about Ganga's plan to kill him. 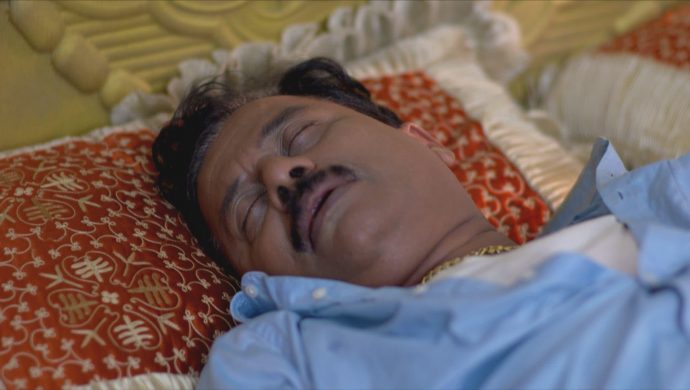 Previously on Chembarathi, Krishnan tries to console Akhila who is disturbed by Maheshwari’s argument with Aravind. Krishnan tells her that it was their mistake to not call Nandana back while she was leaving Thrichambarath. Akhila justifies her decision by telling him that she won’t be able to call Nandana back because she disrespected him.

Kalyani tells Anand about the argument between Aravind and Maheshwari. The latter gets disturbed by the events and meets his parents. He tells Akhila and Krishnan that he will meet Aravind to find a solution. He criticises Aravind for waiting till his marriage to have children and asks him to call Nandana back. The latter tells him that Nandana had disrespected Krishnan and he won’t be able to forgive her for the same.

In today’s episode of Chembarathi, Ganga continues her discussion with Priyanka about their plan to kill Krishnan while he is asleep. Priyanka tells her about how Kalyani won Akhila’s heart in the past by saving Krishnan. Ganga assures her that she will make sure that Krishnan will lie dead at Thrichambarath.

Kalyani is shocked to hear about Ganga’s discussion and tries to call Anand to tell him about the same. She gets irritated as Anand’s phone is unreachable and decides to go to Krishnan’s room and save him. Meanwhile, Ganga goes to Krishnan’s room to find him fast asleep. She fixes the poisonous liquid bottle on the AC and switches it on.

Krishnan soon starts groaning in sleep and struggles from suffocation. Ganga exits the room and waits for the poisonous liquid to take effect. Kalyani tries to enter Krishnan’s room but hides under the staircase when she sees Ganga talking to Vilasini and Jayanthi. Kalyani is quickly switches off the main switch to power off the AC and waits for a chance to go back to Anand’s room.

To Ganga’s surprise, Akhila, Anand and Aravind return from the meeting earlier than expected. She tries to stall Akhila from entering Krishnan’s room. Akhila enters the room and screams in shock when she finds Krishnan lying unconscious.