In today's episode of Chembarathi, Kalyani overhears Ganga's conversation with Priyanka as they discuss their plan to kill Krishnan. 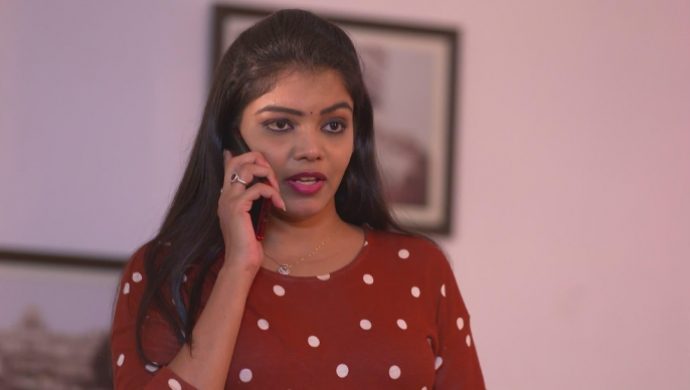 Previously on Chembarathi, Maheshwari mocks Akhila and Krishnan for their false pride. She starts questioning them for not enquiring about Nandana after she left Thrichambarath. Maheshwari calls out Aravind from his room and tells him that he is not a man for not taking care of Nandana.

In today’s episode of Chembarathi, Maheshwari leaves Thrichambarath when Aravind’s reply shocks her. Kalyani is saddened by the argument and remembers the time when she pleaded with Maheshwari to agree to Anand’s marriage with Nandana. Later on, Krishnan tries to console Akhila who is disturbed over the argument between Maheshwari and Aravind.

Anand comes back to Thrichambarath to find Kalyani disheartened by the argument between Maheshwari and Aravind. She tells him how the situation is worsening and how Maheshwari mocked the whole family. She reminds him of the time when her ancestral chain broke and tells him that it was a bad omen. Anand gets disturbed by the events that happened and goes to meet his parents.

Akhila and Krishnan tell Anand about the argument between Maheshwari and Aravind. Anand meets Aravind to console him and asks him to call Nandana back. The latter tells him that she had disrespected Krishnan and he won’t be able to forgive her for the same. Anand tells Aravind that it was wrong of him to deny physical obligations to his wife. Aravind says that he wants to see his brother’s kids first before him having children and leaves.
The next day, Akhilandeshwari informs Ganga that she is leaving with Aravind and Anand for an important meeting. She reminds Sujatha to take care of Krishnan who is resting in his room due to a headache. Ganga is quick to inform Priyanka that Akhila has left with her sons for a business meeting. Kalyani overhears Ganga’s conversation with Priyanka as they discuss a plan to kill Krishnan. Ganga plans to fit a poison bottle to the AC vent in Krishnan’s room to slowly suffocate him. How will Kalyani tackle Ganga’s evil plan? Stay tuned to find out!