In today’s preview of Chembarathi, Thrichambarath family members head to the temple for the engagement ceremony. 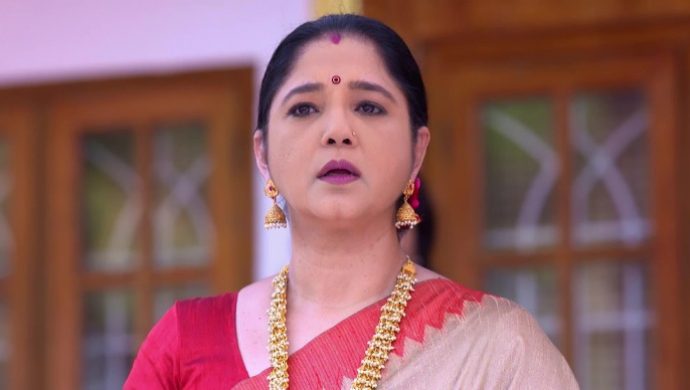 Previously on Chembarathi, Vilasini suspects that the thief checking Ganga’s phone was a planned move. Anand goes out to meet a worried Kalyani and consoles her by reassuring her that he will marry her. Meanwhile, Ganga spots the couple together and informs Vilasini about the same.

Anand consoles Kalyani by telling her that he has planned to get engaged to her the next day and suggests her to be more careful of Vilasini. Later on, Das tells Kalyani that the families have decided on exchanging horoscopes instead of rings during the engagement.

The next day, Subramanian and Aravind are shocked to learn from Anand that Ganga has forged her horoscope. Ganga’s parents come to Thrichambarath as the family prepares to leave for the engagement ceremony. Anand continues to plan his next move with Aravind and Subramanian as they discuss a way to tackle Ganga during the engagement.

Take This Quiz To Find Out Which Character From Chembarathi You Are!