In today's episode of Chembarathi, Ganga and Vilasini get angry as they watch Kalyani practice with Anand even with her injuries. 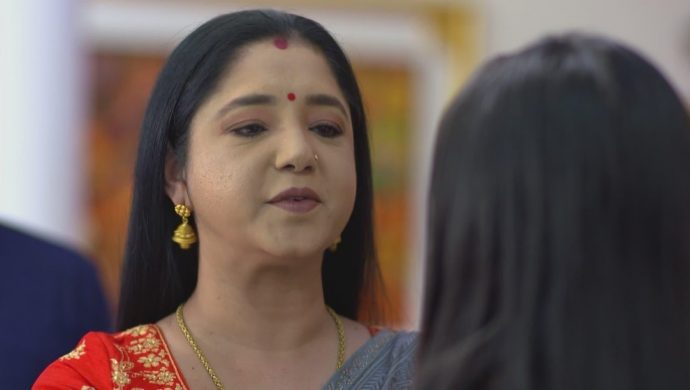 Previously on Chembarathi, Anand tackles Vilasini’s plan to not make him meet Kalyani by calling Aravind for help. The latter confronts Kalyani the next day and intimidates her with questions about her missing phone. Vilasini tells her that she is going to stop her from winning the competition and pours boiling water on her feet before she leaves.

As Aniyankuttan sees Vilasini walking out of his house, he suspects that something unfortunate happened to his sister. Kalyani hides the truth from him but shows him the burn marks on her feet as he insists. Aniyankuttan is relieved when Anand shows up to check on Kalyani. He asks her to continue practising for the competition but is shocked to find the burn marks on her feet. Kalyani lies to him when he asks her about the injuries.

In today’s episode of Chembarathi, Kalyani hides the truth from Anand and tells him that she is perfectly fine to continue her dance practice for the competition. He realises that she is lying. He applies medicine on her burnt feet. Meanwhile, Ganga calls Priyanka to discuss their plans for winning the competition. Vilasini interrupts her to tell her about her burning Kalyani’s feet to help her win the competition.

Elated from the news, Ganga asks Vilasini to come with her to watch Kalyani in pain and heads to her house. Back at Kalyani’s house, Anand shows her video clips of dance forms and starts helping her with the practice. He finds her groaning with pain as she tries to dance and asks her to stop for a while. Ganga and Vilasini get angry as they watch the Kalyani practicing with Anand for the competition even with her burnt feet.

Annoyed by what they saw at Kalyani’s house, Vilasini and Ganga further discuss a plan to stop Kalyani from winning the competition. As they enter Thrichambarath, Akhila stops Ganga to ask her about her worried face. She asks her to stay confident and motivates her by gifting her a gold ring before leaving.

As Anand comes back inside, Ganga tells him about Akhila motivating her to win the competition by gifting her a gold ring. The latter retorts by challenging her by telling her that she will lose the gold ring in a day’s time.

As he goes back to his room, he finds Subramanian busy working and tells him about the events that happened. He tells him about how he challenged Ganga with the gold ring only to distract her from her dance practice. Subramanian suspects Kalyani to be hiding the truth about her injuries. He further suggests to Anand that he should either shift to Kalyani’s house or bring her to his room so that they both can practice efficiently.