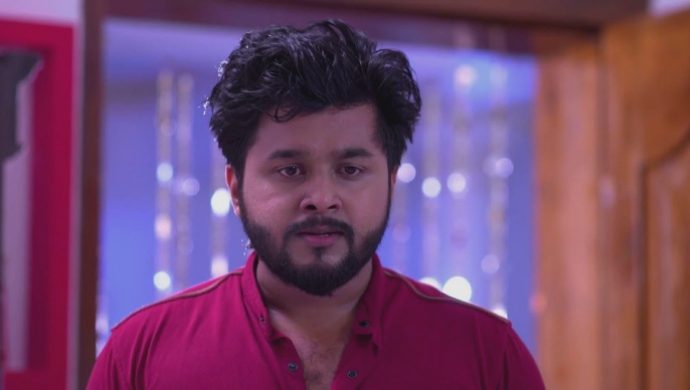 In the previous episode of Chembarathi, Kalyani gets hurt again as Nandana becomes a pawn in Vilasini’s evil game. As Kalyani applies the facial pack on her face, she notices the necklace and asks her about it. Several thoughts cross her mind, as she tries to understand why Akhila gifted the necklace to Kalyani.

Missed the latest episode of ‘Chembarathi’? Watch it here:

When Kalyani walks out of the room to speak to Anand over the phone, Vilasini walks in and hears Nandana talking about her. She asks her to stop talking ill about her and pits her against Kalyani. Unaware of Vilasini’s motives, Kalyani comes back to the room to see an angry Nandana. She explodes in anger as the facial burns her face and slaps Kalyani for being ungrateful. As Kalyani runs out sobbing, Aravind confronts her and asks her about the bruise on her face. He pressurises her into telling the truth but Kalyani resists and runs back to her house. Aravind assumes that it was Vilasini who’s hurting her again and rushes into her room in anger.

In today’s preview Aravind reveals Kalyani’s relationship with Anand to his wife Nandana. He also tells her about their love and secret marriage, which shocks Nandana. Adding more to the drama, Vilasini and Jayanthi eavesdrop on the two’s conversation. What will Nandana’s reaction be when she learns about Kalyani’s relationship with Anand? How will Vilasini react to Aravind confronting her?

If you are new to the show, here’s what you need to know. Kalyani is a village girl, who works as a household cook for the wealthy Thrichambarath family. Eventually, she falls in love with Anand who’s the eldest son of Akhilandeshwari. The matriarch of the family, Akhilandeshwari’s notions of wealth and pride keeps Kalyani and Anand, from disclosing their relationship to the family. The story evolves as Kalyani becomes a part of the evil game played by Akhila’s relatives to destroy the family.

For more entertainment and drama, watch Pookkalam Varavayi only on Zee5.

Watch 'And The Oscar Goes To' Only On Zee5.