In today’s preview of Chembarathi, Anand continues to hurt Ganga as he asks her for her real identity. Read more to find out. 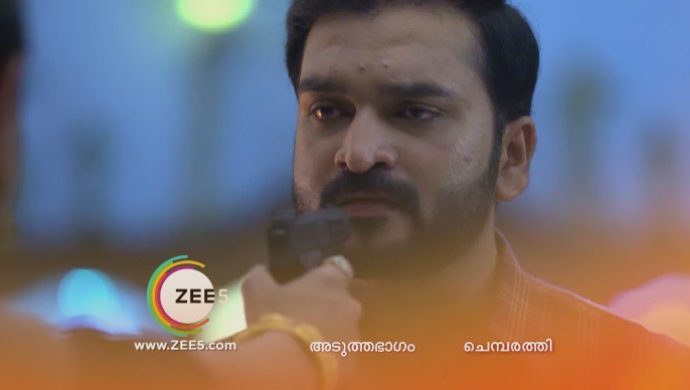 Previously on Chembarathi, Aravind tells Krishnan that it was wrong of his mother to have gone back on her word. Krishnan slaps Aravind when he tells him that he is ashamed of Akhila. Aravind is disheartened and asks Krishnan to make Akhila reconsider her decision.

Later on, Anand confronts Kalyani at the temple to console her. He tells her that he will make his mother agree to their marriage and explains his plans. Anand tells Kalyani about how he had contacted a private detective agency to find Ganga’s identity.

Anand further tells Kalyani about how Ganga had forged her horoscope and lied to Akhilandeshwari about her real identity. He also tells Kalyani that the only way to make Akhila reconsider her decision is by finding out Ganga’s true motives.

Kalyani tells Anand about how she had overheard Ganga planning to kill Krishnan. The latter is angered by her sudden revelation and rushes to Thrichambarath. Aravind and Vilasini ask him to calm down as shouts out Ganga’s name in the house. As Ganga comes out, Anand slaps her and asks her about her motives. Krishnan and Akhila are seen rushing to the hall as he slaps her again.

In today’s preview of Chembarathi, Anand continues to hurt Ganga and asks her who she is. As he begins to choke her, an infuriated Akhila points the gun at him and asks him to stop. Vilasini looks shocked as Ganga is seen shot in the head. Who shot Ganga? Stay tuned to find out!