In today's preview of Chembarathi, Kalyani continues to hide in Anand's car when Das stops to buy flowers for Ganga. 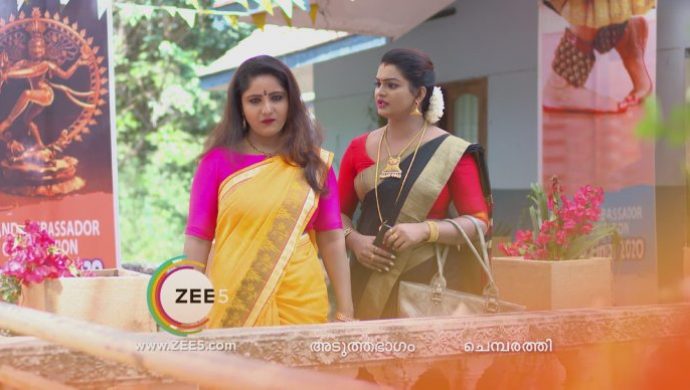 Previously on Chembarathi, Anand asks Kalyani to wear a saree similar to Jayanthi to sneak her out of the house without Vilasini noticing. He plans to make Jayanthi walk in front of Vilasini unnecessarily so that Kalyani can sneak out. Anand calls Jayanthi upstairs and asks her to bring him some hot water.

Kalyani sneaks out and hides in Anand’s car but is shocked when Vilasini asks Das to take the car to buy her flowers. Anand gets angry when he finds his car missing and calls Das to bring it back. He figures out that Kalyani is hiding in the car from his conversation with Das but is startled when Vilasini asks him about Kalyani.

Women's Day Special: How To Achieve The Perfect Work-life Balance Like Akhilandeshwari!