In today's episode of Chembarathi, Kalyani tells Anand about her worries for Aniyankuttan on his birthday. 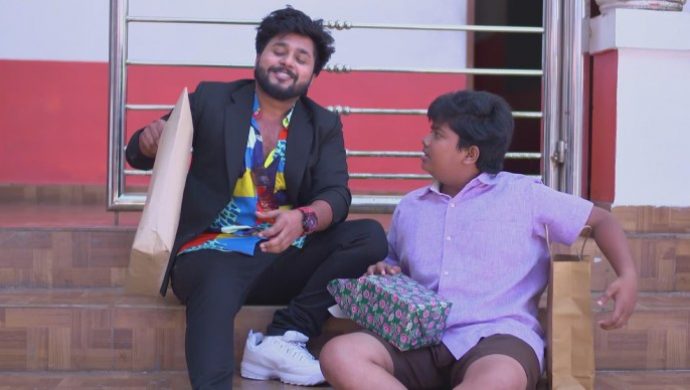 Previously on Chembarathi, Anand tells Kalyani that winning the dance competition is the only way for them to get back at Ganga as she has Akhila’s trust now. Meanwhile, Vilasini figures out that Kalyani is staying in Anand’s room and plans to catch the couple red-handed in front of Akhila. Vilasini is shocked to discover Ganga’s real motives as she overhears her telephonic conversation with Priyanka.

Akhila and Krishnan proceed with a pooja to understand who is going to win the competition. Akhila is shocked when the pooja predicts Kalyani’s victory in the competition. Later on, Vilasini complains to Akhila about Ganga’s careless attitude towards the competition and criticises her for being on her phone. Akhila is elated when Ganga shows the family her skills in dancing and asks Jayanthi to record a video of her to share with Anand.

In today’s episode of Chembarathi, Kalyani finds Anand disheartened by the video Ganga shared of her dancing. Anand tells Kalyani that it was a challenge from Ganga before the dance competition. The latter asks him to send him the video so that she can get motivated watching her competitor dance.

Anand asks Kalyani to continue with her practice and calls Aravind to help him. Meanwhile, Aniyankuttan is sad at school as Das forgets that it’s his birthday and goes off for work early. Aravind goes to Aniyankuttan’s school with sweets and gifts for him as per Anand’s instructions. Aniyankuttan is surprised to see Aravind come to his school and gets elated as he sees the gifts.

Later at night, Ganga and Vilasini continue with their dance practice outside Thrichambarath. As Anand comes back from the office, Vilasini asks Ganga to make sure that he sees her practising. Anand ignores them both and goes to his room to meet Kalyani. While she is having dinner, Kalyani is reminded of Aniyankuttan crying about getting a fever if he misses his sister. She tells Anand about her worries as she missed his birthday and starts crying. How will Anand console Kalyani? Stay tuned to find out!