In today's episode of Chembarathi, Vilasini is shocked to learn Ganga's real motives in Thrichambarath. 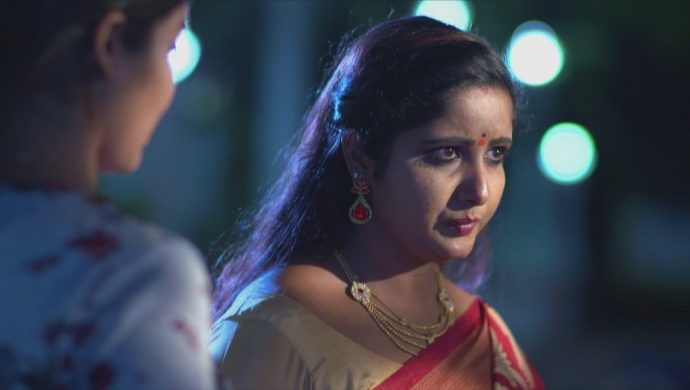 Previously on Chembarathi, Kalyani switches off the inverter of the house to get back into Anand’s room. She overhears Anand explaining his love for her to Aravind and Subramanian. As soon as she listens to their conversation, she comes out of hiding when Anand starts crying. Aravind and Subramanian leave the room as the couple embrace each other. Kalyani tells him about saving Krishnan but hides Ganga’s involvement in the same.

When Akhila comes to meet Anand, he tells her that Ganga’s presence in the house is inauspicious. Akhila yells at him for criticising her decisions and later tells Krishnan that she will make him realise that her decisions concerning his marriage are right for him.

In today’s episode of Chembarathi, Kalyani asks Anand why he spoke ill of Ganga to Akhila. She tells him that she is scared of being the reason for their faulty relationship. Anand tells her about how it is hard to make his mother understand someone’s true colours once she has started trusting them. He tells her that the only way for them to get back now is by winning the dance competition.

Meanwhile, Vilasini tries to connect the dots from what she found in Anand’s room and figure out what he was searching for earlier. She suspects that Kalyani is hiding in Anand’s room and thinks of a way to catch the couple red-handed in front of Akhila. She spots Ganga talking on the phone and overhears her conversation about her failed plan to kill Krishnan. Vilasini is shocked by her real motives and asks her to be careful as Ganga is different from her sister Priyanka.

Later on, Vilasini finds Ganga’s dance teacher waiting for her in the hall and she complains to Akhila about the latter’s careless attitude towards the competition. Vilasini further tells Akhila that Kalyani must be practising in the dance school to win the competition while Ganga is wasting time on her phone.

Ganga yells at the dance teacher when she starts criticising her for not practising enough. Akhila is elated when Ganga shows the family her skills in dancing and asks Jayanthi to record a video of her. Ganga goes up and tells Vilasini that she is planning to send the video to Anand. What will Ganga’s plan be to defeat Kalyani in the competition? Stay tuned to find out!