In today's preview of Chembarathi, Ganga informs Priyanka that her plan to kill Krishnan failed miserably. 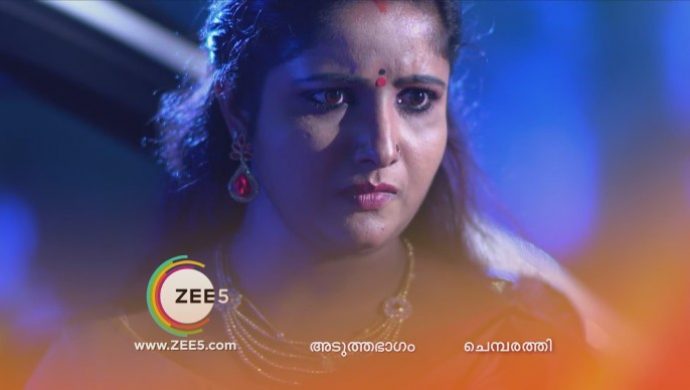 Previously on Chembarathi, Das tells Aniyankuttan that he doesn’t expect his children to do anything disrespectful in relation to Thrichambarath when he is asked about Kalyani marrying Anand. Anand approaches Das to ask him about his health. Anand lies to Das about Kalyani returning home in two days.

Anand tells Akhila that Ganga’s presence in Thrichambarath is inauspicious and continues to express his dislike towards her. Akhila asks him to stop and yells at him for criticising her decisions. Akhila tells Krishnan about Anand and her plan to make him realize that her decisions concerning his marriage are right for him.

In today’s preview of Chembarathi, Ganga is seen talking on the phone to Priyanka about how the plan to kill Krishnan failed. Vilasini overhears the conversation and approaches Ganga. What will be Vilasini’s reaction to Ganga now that she knows about her plan to kill Krishnan? Stay tuned to find out!