In today's preview of Chembarathi, Kalyani tries to climb the stairs and go back to Anand's room. 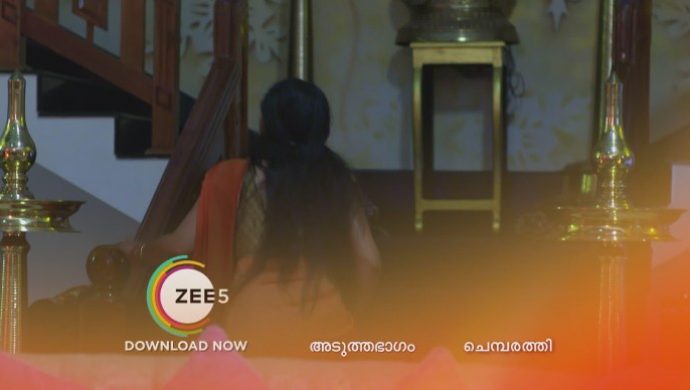 Previously on Chembarathi, Anand gets worried when he finds Kalyani missing from his room. Meanwhile, Ganga, Vilasini and Jayanthi suspect that Anand has lost something valuable and watch him search around the house. Jayanthi tells Vilasini that it is the perfect opportunity for them to sneak in and search Anand’s room.

In today’s preview of Chembarathi, Kalyani starts climbing the stairs to go back to Anand’s room. She stops when she sees Ganga approaching and goes back to her hiding spot under the staircase. How will Kalyani get back inside Anand’s room? Stay tuned to find out!