In today’s episode of Chembarathi, Sujatha finds Kalyani’s letter and gives it to Das. 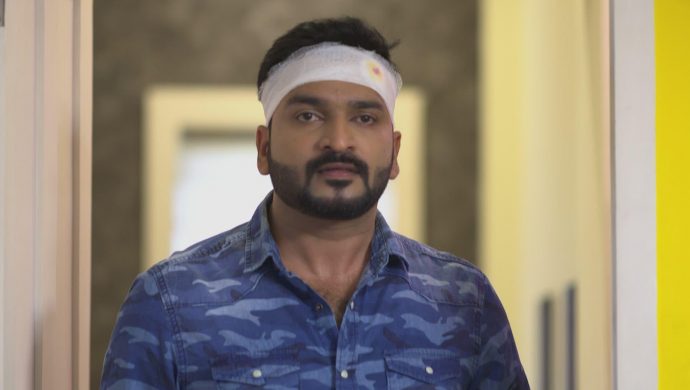 Previously on Chembarathi, while Aravind is packing for his trip, Nandana barges into the room and asks him about his conversation with Kalyani. As the both start to argue, the heated conversation evolves into a fight. She tells him about how she was planning on attending her friend’s birthday party the next day and compels him further to cancel his trip.

Meanwhile, Kalyani packs her bags and apologises to her sleeping father and brother for leaving. Later that night, Nandana tells Vilasini about her suspicions on Aravind’s sudden trip. The latter suspects that Aravind is lying and discusses a plan to make Aravind cancel his trip.

The next morning, as Aravind is leaving for the airport, Nandana pretends to faint in front of Akhila and Krishnan. Kalyani grows impatient as she has left her house and starts to worry as Aravind is late.

In today’s episode of Chembarathi, Nandana pretends to faint so that she can make Aravind cancel his trip to visit Anand in Mumbai. Her plan starts to work as Akhila asks Aravind to call a doctor. The doctor takes Nandana inside to examine her. Aravind starts worrying about Kalyani who is waiting and runs outside to check on her.

In Mumbai, Anand is irritated as Kalyani is unavailable on the phone. As Anand is talking to Subramanian about the same, they hear the doorbell. To Anand’s surprise, he finds Kalyani at the door. The latter starts crying as she sees his bandages and is further disturbed when Subramanian tells her about Priyanka’s goons attacking Anand. Subramanian is surprised when he finds that Kalyani travelled all the way to Mumbai alone.

Das grows anxious with Kalyani’s sudden disappearance and gets angry at her for not informing him. Meanwhile, Sujatha finds Kalyani’s letter along with the necklace at Thrichambarathand gets shocked reading it. She rushes to Kalyani’s house to inform Das about the letter. The latter goes through the letter and is shocked to learn the reasons behind Kalyani’s disappearance. Will Kalyani return safe from Mumbai? What will be Das’s reaction to Kalyani’s letter? Stay tuned to find out!

Here Are #5 Characters From Zee Keralam To Inspire You This New Year!