Carbon Star Fahadh Faasil And His Wife Nazriya Are Giving Us Serious #Couplegoals!

Fahadh and Nazriya are the most celebrated couple in the industry and these pictures are every reason why! 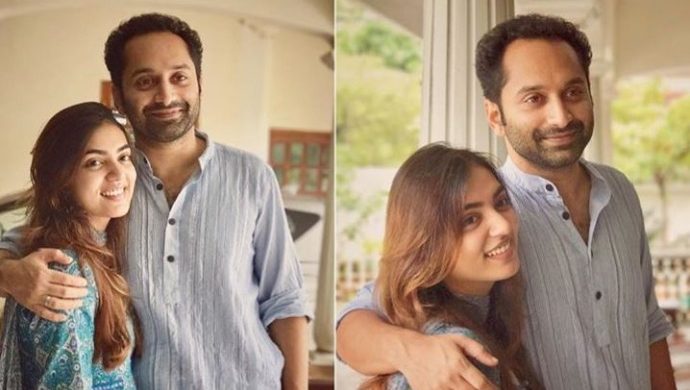 Fahadh Faasil in recent years has made a brand name in the industry for himself, resonating with thought-provoking yet commercially successful films. Movie lovers are guaranteed a visual wonder in theatres if he is a part of the film. Fahadh married Bangalore Days co-star Nazriya Nazim in 2014 and the couple soon became the most celebrated couple in the industry for their adorable pictures together.

The couple has been giving all of us small glimpses of their cute relationship on Instagram and these photos of the adorable duo are a must-see!

#1 Did you know that Fahadh and Nazriya played husband and wife in Anjali Menon’s film Bangalore Days? Fahadh later revealed that he fell in love with the actress on the sets of the film and they have been together ever since.

#2 Even though Fahadh doesn’t have an Instagram handle of his own, his wife settles the score with all the cute pictures of them together! The couple owns a dog together, adding to the cuteness of this picture.

#3 The couple loves travelling and are clearly living up to the #wanderlust trend together.

#4 This picture from the couple is the very reason why they are the most celebrated couple from Malayalam film industry!

#5 Nazriya has aptly captioned this picture as ‘home’, which makes this our favourite picture from her feed!