Mia George from Ira is celebrating her birthday today and we can’t keep calm. Get inspired by these dress styles from the beauty. Don’t miss! 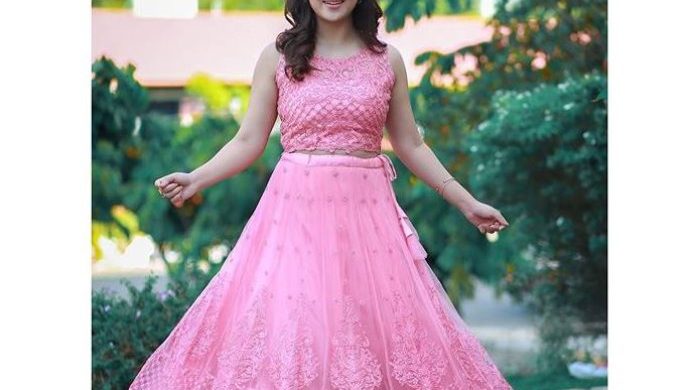 Miya George, who plays the role of Vaigha from Ira is celebrating her 28th birthday today. The actress has been part of more than thirty films and has risen to the status to a quintessential heroine of Malayalam films. She plays the mysterious Vaigha in Saiju S.S movie Ira. This investigative drama stars Unni Mukundan as Rajeev, who dwells deeper into the murder mystery of a politician. The process of investigation leads Rajeev to Vaigha, played by Miya who is in disguise to help the tribal families. An intense tale of crime unfolds as Rajeev and Vaigha connect the dots to find a pharmaceutical company to blame for conducting illegal tests on the tribals.

Missed out on Ira starring Miya and Unni Mukundan? Watch it here:

The actress made her debut in the industry with short roles in the movies like Doctor Love and Ee Adutha Kaalathu. She is also a model and has won the Miss Fitness Kerala in 2012, which gave her lead role in Chettayees the same year. The actress has been posting these angelic fashion styles on her Instagram and we are sure that her attires will urge you to go on a shopping spree:

#1 Doesn’t she look like a daydream in this lavender layered gown? The added floral works on the gown add to her bold style.

Wearing one of my favourite colours 💜 Thanks @jeunemaree for this beautiful gown Pic courtesy: @umeshpnair

#2 The actress is looking like a real-life Cinderella in this layered asymmetric long dress.

#3 This linen satin saree with raw silk blouse is sure to make you stand out of the crowd.

Loved the colour combo nd beautiful blouse pattern . Thank u @jeunemaree for this🥰

#4 This layered saree style from Miya with carefully sewn in minute roses is almost fairy-tale like in its appearance. With Valentine’s day approaching, this might be the red outfit you could consider wearing this year.

#5 This elegant salwar with floral handmade embroidery is our favourite style from Miya.

Which one was your favourite style moment from the actress? Comment your thoughts below!