Vishnu Unnikrishnan is celebrating his 33rd birthday today and here are some lesser-known fun facts about the actor we bet you didn’t know about! 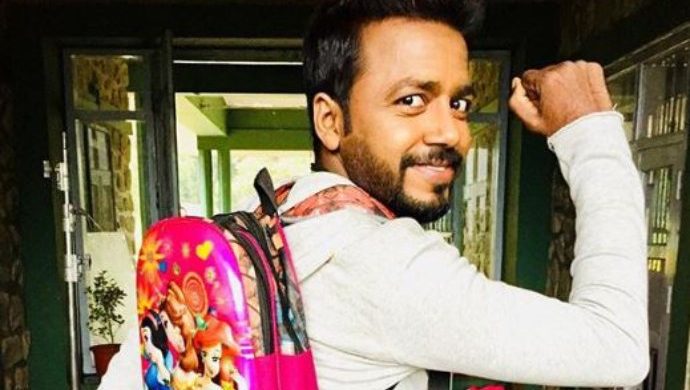 With heart-warming films and memorable characters, Vishnu Unnikrishnan has become an essential part of the new wave of Malayalam films. With recent hits like Vikada Kumaran, Children’s Park and Kattapanayile Rithwik Roshan, Vishnu Unnikrishnan have become a new favourite for audiences for playing characters with quirky, boy next-door charm. Vishnu is celebrating his 33rd birthday today and here are some lesser-known fun facts about the actor that we bet you didn’t know about!

#1 From mimicry to movies: Have you ever wondered how Vishnu can essay any character to perfection? The actor got noticed in the film industry for his mimicry performance in his school days. He was a State level mimicry champion during his school days and was noticed for his unconventional comedy skit scripts.

A post shared by Vishnu Unnikrishnan (@vishnuunnikrishnan.onair) on Nov 23, 2018 at 9:13pm PST

#2 Debut in 2003: Many of his fans think that Kattappanayile Rithwik Roshan is his first movie. but Vishnu Unnikrishnan made his debut in Malayalam films much earlier with smaller roles in movies like Ente Veedu Appuvinteyum, Iyyobinte Pusthakam and Raapakal. He was noticed by renowned Malayalam director Sibi Malayil during his school days and he made him a part of the 2003 superhit film Ente Veedu Appuvinteyum. The actor says in his interview that he was applauded for getting his lines right in the first take and his lines were later added to the script for his first movie.

#3 Scriptwriter to superstar: Did you guys know that Vishnu Unnikrishnan is also a scriptwriter? The actor approached filmmaker and producer Nadirshah with his friend Bibin with the script for the film Amar Akbar Anthony, which later on became a cult hit for its iconic dialogues. Nadirshah even wanted Vishnu and Bibin to act in the lead roles in their scripts. Vishnu also scripted Oru Yamandan Premakatha featuring Dulquer Salman and Kattappanayile Rithwik Roshan.

A post shared by Vishnu Unnikrishnan (@vishnuunnikrishnan.onair) on Jan 25, 2019 at 9:48pm PST

#4 Real life characters: Vishnu Unnikrishnan and Bibin were praised as the next hit duo after the likes of Dileep and Harishree Ashokan. Vishnu’s movies are much loved for the down-to-earth characters that he often portrays which many of us can relate to. Even in Vikada Kumaran, he plays a struggling lawyer who is looking for a break in his career. The characters he portrays always have an element of empathy and catches the attention of the viewers for his close to real-life portrayal on-screen.

A post shared by Vishnu Unnikrishnan (@vishnuunnikrishnan.onair) on Dec 14, 2018 at 9:05pm PST

Directed by Shafi, Children’s Park follows the quirky tale of three friends essayed by Sharafudheen, Vishnu Unnikrishnan and Dhruvan trying to find meaning in their life. The story develops as the three friends reopen an institution and find themselves entangled in a conspiracy.

Which one of these qualities about him did you like the most? Share in the comments below.

If you are looking for that feel-good movie to have a carefree laugh, Children’s Park featuring Vishnu Unnikrishnan is a must watch!