Birthday Special: #5 Things You Need To Know About Pearle Maaney

Here are #5 fun facts about the actress from Funny Nights With Pearle Maaney who is celebrating her birthday today. Scroll down to know more! 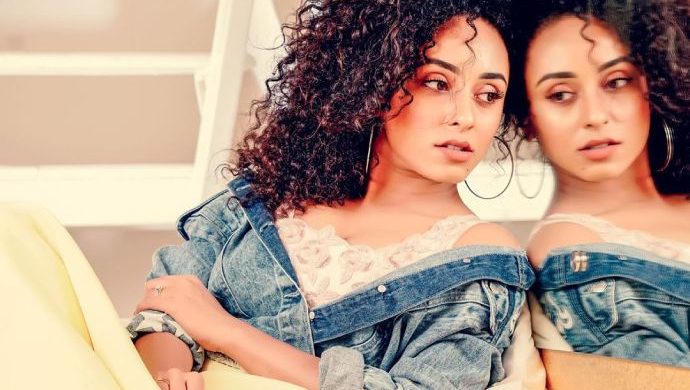 We all love Pearle Maaney for her witty sense of humour and incredible comic timings on her TV shows. The actress always keeps the audience in splits with the her humour in her show Funny Nights With Pearle Maaney on ZEE Keralam. As Pearle celebrates her 30th birthday today, here are several fun facts you should know about her:

Missed out on the latest episode of Funny Nights With Pearle Maaney? Watch it here:

#1 Transition from modelling, TV and then Movies

Pearle was noticed for her several pictures on social media in the initial stages of her career as a model. She appeared in several advertisements for popular brands before she made her appearance on TV as an anchor and Video Jockey. Her quirky TV presentation skills soon landed her in hit movies like Neelakasham Pachakadal Chuvanna Bhoomi, Njan and Loham.

Pearle was always known as the bold and beautiful TV anchor, the same quality made her favourite of the Malayali audience. She garnered a lot of social media buzz when the news of her engagement with popular TV star Srinish Aravind was announced. The couple got married soon after and continue to be the most sensational TV duos of all time.

Most of the things I do… I do it for myself… to show myself that I Can! when I was in 4th grade my classmate told me that Girls don’t ride bikes so the first thing I did when I turned 18 was get a license for gear bikes 🏍 well it’s just something that I wanted to do since I was young. With that said… I do certain things for the people who follow me…I thank them because they give me the courage and strength… purpose… a sense of direction. I think to myself… Maybe if I keep going… if I keep pushing my limits… if I don’t give up… even they will do the same. It’s a bridge that goes both ways… ❤️ To keep your Values close to heart and keep climbing up… it’s definitely not easy but it’s Possible. it’s a journey that takes time… and the time Varies from one person to another… because each one of us are born with different stories and Goals. One step at a time…. and that’s how you reach your Goals. Don’t just count your likes or shares… sometimes you must find time to count your blessings that you’ve not yet shared on Instagram 😋 also Don’t let comparisons or competitions get to you…. I’ve been through that road and it only leads to a dead end… 🙈 compare yourself with yesterday’s yourself. Because you are not running a race… you are here to experience a Beautiful Gift of God… called “Life”… and You are the Hero/ Heroine of your Story! Make it Epic 😊🥰 evolve each day at your own pace… make sure u take enough time to enjoy each moment… record it in your mind… and keep moving forward…step out of your comfort zone … do what makes u feel alive 🤗❤️ #Peace #love #music to All 🥰 . . Thank you @anvarzayan for this click @anvarzayanphotography PS: I’m not riding the bike in this pic… and when I did I made sure I wore the helmet 😎 so yeah! Always wear a helmet because your Life is Precious 🌸 watch this biker video. Link in Bio 🥰✌️

Pearle was first noticed in the industry for her popular bike craze. The actress was approached with several roles in movies as a biker girl for her daring looks and skills on motorcycles. Pearle became a sensation soon after featuring in the first few movies during her career.

You are Stronger than you think 🌸🌟 : : @clintsoman click Styling @adampallil

Did you guys know that Pearle is also a lyricist? Yes, you read it right! The TV sensation has written songs for hit movies like Oru Adaar Love and Who. The budding songwriter has worked with some of the Industry A-listers like Shaan Rahman and Swetha Prasad in her career so far.

This Saturday and Sunday on #FunnyNightsWithPearleMaaney ❤️ 9pm to 10pm. Had a great time with my guest ! . . WikiSays: . Bheeman Reghu (Age 67) whose villainous roles are always praised has appeared in more than 400 films!!!!Raghu's debut movie was Bheeman (1982), from which he got his stage name. By profession, Reghu was a Police Inspector in the Kerala State Police. . . Suraj Venjarammood (43) is an Indian actor, comedian, impressionist, and television presenter, who appears in Malayalam films, television and stage. He has acted in more than 250 films. He has won the Kerala State Film Award for Best Comedian three times (2009, 2010, 2013). In his later career, he began experimenting and found success in playing character roles and leading roles. In 2014, Suraj won the National Film Award for Best Actor for his lead role in Perariyathavar. . . Tini Tom (44) started his career as a mimicry artist.He also done a TV comedy program called Tom & Jerry with Guinness Pakru, which became a success. Tini Tom made his big-screen debut with Panchapandavar (1998). He got his career break with Ranjith's Mammootty-starrer Pranchiyettan. His effective use of Thrissur-slang of Malayalam language earned him high praise. He has worked in over 85 Films.

Pearle took a brief break from the industry after her marriage to TV star Srinish Aravind aka Sudhi from Sathya Enna Penkutty. She announced her return to our home-screens with the new comedy show from ZEE Keralam Funny Nights With Pearle Maaney. Loaded with fun games, comedy skits and witty celebrity moments, Funny Nights With Pearle Maaney is the best comedy show for a carefree laugh with your family.

Wish Pearle Maaney the best on her Birthday in the comments below!