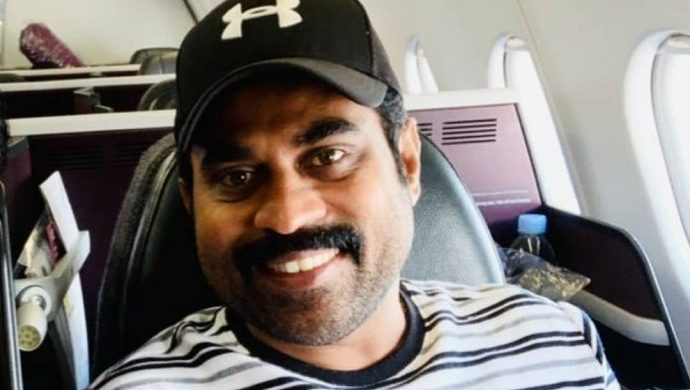 Actor Suraj Venjaramoodu has made a mark in the Malayalam film industry with his unique Trivandrum slang and quirky one-liners. Suraj is praised for his novel style of comedy and regarded as the true successor to the industry’s stalwarts i.e. Jagathy Sreekumar and Hari Sree Ashokan. The actor has single-handedly carried the responsibility to make us laugh in several of his movies, by portraying many comic characters.

Recently, Suraj became an internet sensation among meme makers with his character, Dashamoolam Damu from the movie, Chattambinadu. We won’t be doing justice to the actor by calling him just a comedian. As Suraj celebrates his 44th birthday today, we bring you five fun facts about the versatile actor. Let’s have a look:

Missed out on the latest episode of Comedy Nights With Suraj? Watch it here:

A little bit of darkness with a cup of tea ☕️

Suraj Venjaramoodu was a mimicry artist before he got his chance in movies. His stand-up comedy shows were a huge success and he gained recognition for his novel Trivandrum slang that made the audience gasp for breath with laughter.

Suraj Venjaramoodu won the National Award For The Best Actor in Perariayathavar.  The actor amused several filmmakers of the industry with his achievement and earned an opportunity to portray different kinds of roles in his career.

After winning the National Award, Suraj entertained the audiences with serious roles in mainstream films. The actor garnered critical acclaim for his characters in the films Action Hero Biju and Thondimuthalum Driksakshiyum. Suraj surprised the audience again with his character, Eldo in 2019 superhit film, Vikruthi.

#4 Best Comedian In The Industry

Suraj has also won the Kerala State Film Award for the best comedian, in 2009, 2010 and 2013. Even though he elevated himself from being the supporting character in movies, he still considers himself to be a comedian.

Did you know that Suraj has been a part of more than 200 Malayalam movies with most of them being a commercial success? Yes, you read that right! Suraj was also a part of the hit film Madhura Raja, which crossed a world-wide mark of Rs 42 crore, becoming a huge hit due to Mammootty’s fabulous character. Suraj continues to be an inspiration for his self-made success in the industry from humble beginnings.

Let us all wish the talented actor the best on his Birthday! Tell us your favourite character from Suraj in the comments below!