In a mood to a hearty laugh, ZEE5 brings you films like Kadam Kadha, Vikadakumaran, Sarvopari Palakkaran, KL Pathu, among others, to enjoy with family 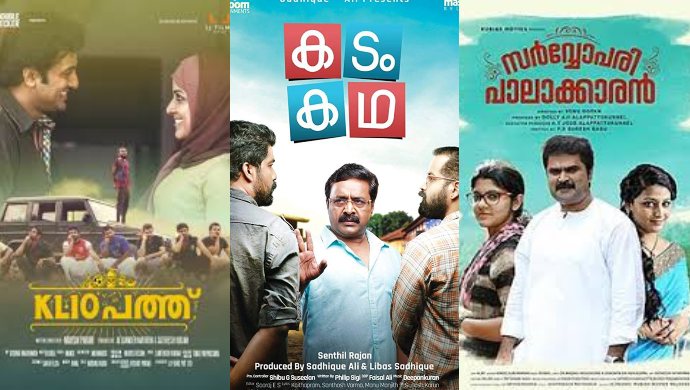 The times when we are practising social distancing can be tough. In such a situation nothing can be better than watching a few good films with the entire family and have a hearty laugh. If you are looking for some lighter moments at home then ZEE5 is the destination. Tune into the OTT platform to browse comedy Malayalam movies which will surely lift up your spirits while you stay indoors. We have specially curated these funny movies for you which you can enjoy!

With back to back rib-tickling comedy scenes and memorable performance from Malayalam’s comedy A-listers, Kadam Kadha is the perfect movie to have a good laugh. Directed by Senthil Rajan, Kadam Kadha features a spectacular performance from Vinay Forrt and Joju George in the lead as Cleetus and Giri. Kadam Kadha is going to remind you of one of those Siddique-Lal classics we all love but the new comedy scenes and one-liners in the movie make it one of the best comedy movies to have come out recently.

Directed by Boban Samuel, Vikadakumaran tells the story of an advocate named Binu Sebastian who lands a sensational case. Essayed by actor Vishnu Unnikrishnan, the character of Binu Sebastian and his camaraderie with his friends make way for the best LOL moments on-screen. The movie also features a phenomenal performance from Malayalam’s favourite comedian Dharmajan Bolgatty.

Directed by Soumya Sadanandan, all-round entertainer Mangalyam Thanthunanena, features Kunchako Boban and Nimisha Sajyan in the lead. The movie tells the story of a newly married man who finds it hard to balance his family and financial problems. Kunchako Boban received critical appraise for his portrayal of Roy in the movie. If you are looking for a comedy-drama to watch with your family, Mangalyam Thanthunanena is the right choice.

With an engaging plot and several quirky instances, Sarvopari Palakkaran directed by Venugopan is the best treat for all Anoop Menon fans out there. The movie tells the story of a police officer who finds himself attracted to a social activist while he is engaged to another college girl. Featuring Aparna Balamurali and Anu Sithara in the lead, Sarvopari Palakkaran is one of the best movies out there to enjoy with your family.

Directed by Muhsin Parari, KL Pathu tells the story of a gang of football-crazed men trying to find their friend Ahmed who has eloped with a girl. With Unni Mukundan in the lead, Saiju Kurup and Sreenath Bhasi also play important roles. The movie is an all-round entertainer as it begins as a mystic tale of romance told by a Djinn but later turns into a road movie as the football gang chases Ahmed and his girlfriend. Filled with fun moments and quirky one-liners in the lovable Malappuram slang, KL Pathu is the perfect movie to watch for a carefree laugh.

Which movie are you going to watch? Tell us in the comments below!