Watch new hit Malayalam movies like Ulta, Kadam Kadha, And The Oscar Goes To only on ZEE5. 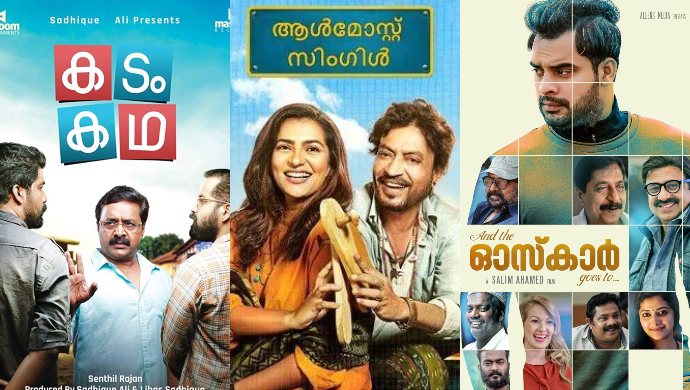 Bored of all the old repeated movies airing on TV? While you stay indoors during the lockdown, its almost a task to find the perfect movie to watch with your family. ZEE5 is here to help you with the best of Malayalam entertainment you can watch and enjoy during the lockdown. Check out this list of feel-good Malayalam movies from ZEE5 that are surely going to lift up your mood.

Starring Joju George and Vinay Forrt in the lead, Kadam Kadha tells the story of two friends who are chasing big money to solve their debts. The movie also features a spectacular comedy performance from the likes of Ranji Panicker, Saiju Kurup and Roshan Mathew.

Ulta tells the story of a fictitious village named Ponnapuram, where women challenge gender roles. The men of the village form an alliance led by Ramesh Pisharody to defeat these women who are challenging them. Featuring stellar performances from KPAC Lalita, Anusree, Gokul Suresh and Prayaga Martin, Ulta is filled with fun moments that are surely going to make you go LOL.

#3 And The Oscar Goes To

Featuring a fantastic performance from Tovino Thomas as Eshaak Ahmed, And The Oscar Goes To tells the touching story of a struggling filmmaker who makes it big in the industry. The movie tells the real-life tale of directed Salim Ahmed who struggled a lot for his first film which went on to win several awards including National Film Award for the best film.

Featuring Irfan Khan And Parvathy Thiruvothu in the lead, Almost Single tells the story Jaya and Yogi who meet in an online dating website. When Jaya figures out that Yogi has had several girlfriends’ in the past, they decide to embark on a journey across India to meet them and figure out why it didn’t work out for him. This unconventional tale of contemporary romance is the perfect feel-good movie to lift your spirits up.