This throwback picture from Parvathy Thiruvothu is the most adorable thing you will find on the internet today. Scroll down to read more! 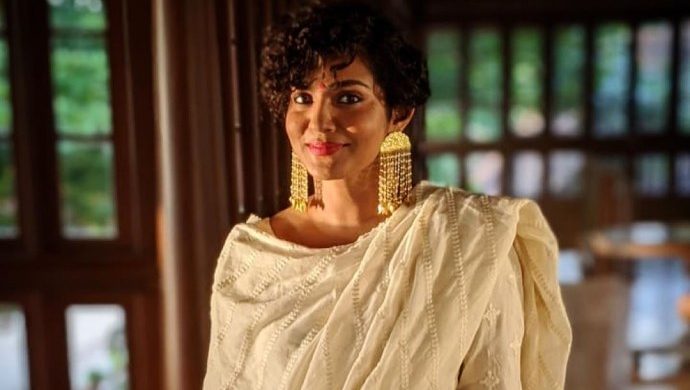 We all like throwback pictures! Especially when it is from our favourite celebrities who upload their childhood memories on their social media. Parvathy Thiruvothu from Almost Single has gone viral on the Internet after sharing an unseen picture from her childhood.  The actress also tagged her brother in the post, giving us a glimpse of her adorable childhood days.

Missed out on Almost Single featuring Parvathy and Irrfan? Watch it here:

The picture shared by Parvathy has gone viral among her fans as they have never seen such a young version of the actress. See the childhood picture from Parvathy here:

Parvathy made her film debut in the industry with her 2006 film, Out Of Syllabus. She was later noticed in the school-romance film, Notebook. The actress gained recognition in the industry with the Anjali Menon’s film, Bangalore Days, starring alongside Dulquer Salman, Nivin Pauly and Fahadh Faasil. The actress went on to be a part of several hit films like Virus, Ennu Ninte Moidheen, Uyare and Take Off.

“Forever is made up of nows.” – Emily Dickinson

Parvathy won Kerala State Film Award for her character in Ennu Ninte Moidheen and the National Film Award for best actress for the film Take Off. The actress starred alongside, legendary Bollywood actor Irrfan in the film Almost Single.

Almost Single tells the love story between Jaya and Yogi who meet in an online dating space. The movie takes a quirky turn when Yogi tells Jaya about his three ex-girlfriends and the duo decide to meet them as they journey across the country.

With hilarious exchanges between Parvathy and Irrfan, the movie is a funny take on the advent of online dating. It is a perfect watch for everyone who is looking for a good rom-com on ZEE5.

What did you think of Paravathy’s childhood picture? Tell us in the comments below!

Chembarathi 25 June 2020 Preview: Ganga Gets Infuriated When She Sees Anand And…