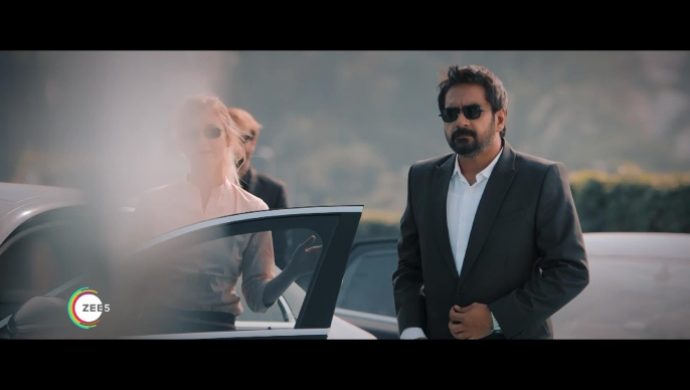 Get ready for your next favourite binge-watch, as ZEE5 brings the best of Malayalam actors together with the upcoming show Neeyum Njanum. A remake of popular Kannada show, Jothe Jotheyali, the show follows the interesting love story of Ravivarman and Sreelakshmi. Neeyum Njanum also marks the return of Shiju Abdul Rasheed to the mini screen after his long break. The actor has been a part of the industry with his presence in Tamil, Telugu, Kannada and Malayalam cinema for the past fourteen years.

Did you guys see the promo yet? Watch it here on ZEE5:

The promo features an introduction to the couple, where Ravivarmman, a 45-year-old business tycoon is waiting for his helicopter. He explains how it’s too late for him to even consider getting married to someone at his age and flies away to his work commitments. Elsewhere, a young charismatic Sreelakshmi is mocking her mother’s prayers for a suitable groom for her. She asks her mother why she is trying to get her married as she is only 20 years old. What has destiny planned for Ravivarmman and Sreelakshmi? Stay tuned to find out!

Valentine’s Day Special: #5 Colours To Let Them Know What You Truly Feel