Here is everything you need to know about the new ZEE5 Malayalam comedy show featuring Pearle Maaney. Don't miss! 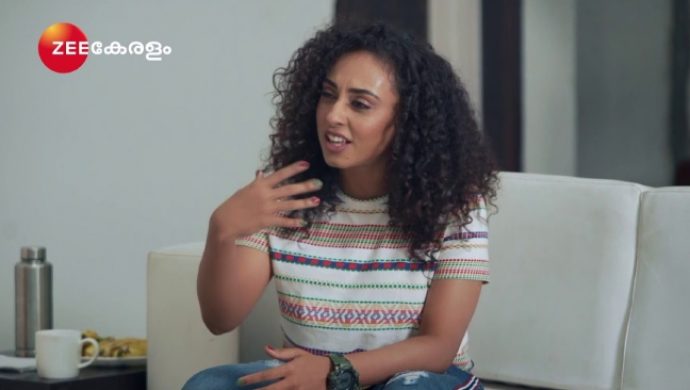 Pearle Maaney has announced her comeback to the television screens with a new comedy show from her on ZEE Keralam and ZEE5, Comedy Nights With Pearle Maaney. Pearle is married to actor Srinish Aravind, who plays Sudhi in Sathya Enna Penkutti and is also famous for the many Malayalam TV shows she has hosted. In the promo video, Pearle is seen interviewing several comedians and actors for her show along with personalities like Sudheer Paravoor and Gunness Manoj. Don’t miss the fun promo video for the show!

Missed out on the trailer of Comedy Nights With Pearle Maaney? Watch it here:

In a promo shared by Pearle on her Instagram handle, the comedians are trying to give out a gist of what the show is going to be about. Sudheer Paravoor and Guinness Manoj are seen participating in a press conference, informing the audience that the show will include comedy skits, celebrity chats and even fun games. We can surely expect a lot of fun and rib-tickling moments from this trio and all we have to do is wait. Watch the promo shared by Pearle Maaney here:

What is this Show going to be about??? 🤨😂 #funnynightswithpearlemaaney COMING SOOOOOON!!! 🧿 only on your own @zeekeralam