Check out our list of the best funny moments from ZEE5 Malayalam shows. Don’t miss! 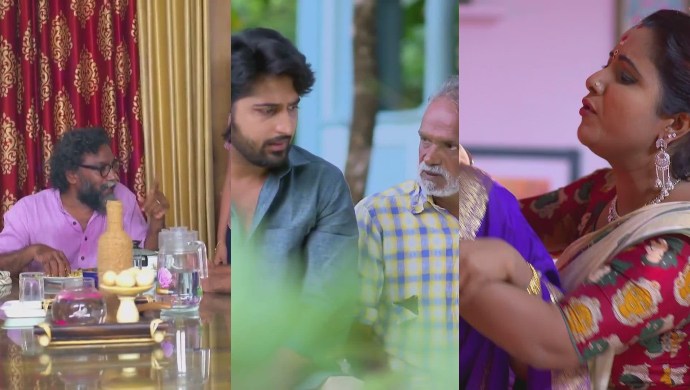 Everyone has their list of best moments from their favourite ZEE5 shows and rewatching them is always a great idea. ZEE5 is celebrating the second anniversary of the OTT platform and we are here to add 2Xthefun to your week with a list of the best LOL moments from your favourite Malayalam shows.

Abhimanyu essayed by Arun G Raghavan on Pookalam Varavayi has been an all-time audience favourite for his mesmerising on-screen chemistry with Samyuktha. The next best thing about Abhimanyu is the many funny instances he has been a part of because of his short temper. Remember how he refused to enter Puthanveedu because of his pride and sat outside the house. Even with Samyuktha’s constant requests, Abhimanyu stays adamant in his decision and stays outside. Hilarious moments follow when a beggar approaches him and asks for his whereabouts. The short-tempered Abhimanyu abuses at him in English but is stunned when the beggar retorts back at him in English. The conversation between both makes for a memorable LOL moment we all love to watch again.

Ganeshan amusing the audience with his talent

When Rakesh fights with Pavithran during the rehearsals for the second play, the troupe is left without an actor to play the minister’s role. Ganeshan who has been the funny canteen manager throughout the series was never expected to save the play when Rakesh walks out. He asks Pavithran for a chance to enact the role and his sudden transformation into the minister in the play amused us all. Ganeshan’s sudden transformation into the important character in Kabani’s play is one fun watch you shouldn’t miss!

Vilasini has been persistent in her goal to attain the throne of Akhilandeshwari as the all-powerful matriarch of Thrichambarath. Kalyani becomes her enemy as she gets jealous of the recognition Akhilandeshwari gives her and as a result, she has hatched many plans against the young girl, many of which end in failure. One of her best-failed plans against Kalyani is when Jayanthi eats the spiked sweets Vilasini prepares for Kalyani. Vilasini is surprised when she finds Kalyani to be perfectly fine during the pooja preparations even after directing Jayanthi to feed her the spiked sweets. Jayanthi who is a known foodie in Thrichambarath eats the sweets and falls unconscious. Vilasini trying to wake Jayanthi up from her deep slumber by slapping her is one of the best funny moments from Chembarathi

Subramanian from Chembarathi has given us the best of laughs with his child-like innocence and for contstantantly trying to be Anand’s wingman. Subramanian’s encounters in Mumbai are one of the funniest moments from Chembarathi as he gets beaten up by a crowd twice. As Anand tries to hide his injuries from Kalyani when he video calls her, Subramanian decides to help him by trying to steal a helmet. Even with his many efforts to explain his situation, he gets beaten up by a crowd who catches him in the act. Subramanian explaining the same to Anand is one fun watch you shouldn’t miss!