Her holiday destinations are as exotic as the actress herself. 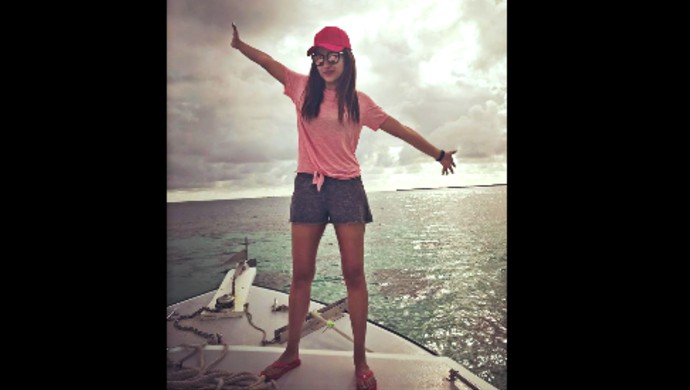 Hey Jude actress Trisha Krishnan has been posting about her adventurous vacations in Istanbul, Toronto, Puerto Rico, Scotland and Costa Rica and we are totally enthralled by them.

Adventure and travel bring out the best in every individual and our Southern actresses are no exception. They combine the best of both worlds – by portraying distinctive roles on screen and experimenting with their passion for adventure and exploring the world like no one else during their free time.

And the best part bein able to watch a good 10 mins of baseball at the Rogers Stadium 1,168 ft. below me 😎 Scoreeeeeeee 👊🏻

Take Trisha, for instance. This Tamil sensation has established herself as a leading actress in Malayalam, Telugu and Tamil covering a majority of the Southern film industry with her talent. In real life Trisha is an adventure loving person, overcoming fear like every passionate youngster out there! She loves travel and adventure and leaves no stone unturned to experiment in this arena.

Recently, she posted pictures on Instagram which shows her rappelling amidst the high rises of the city of Toronto while posing for a fun-filled picture for her fans.

Seated on a beach, Trisha displays her passion for cinema, which she has inked in the form of a tattoo on her left shoulder blade. Indeed a born actress and cinema aficionado!

While exploring the wet and icy cold Fort Augustus in Scotland, this young talent strolls along the shoreline of Loch Ness. Attired in a warm and cosy winter special fur cap and ochre coloured jacket, she looks fab!

In the quest to explore uncharted territories, and lesser known lands of interest, Trisha has been to Costa Rica. The South American nation is known for its unique coffee and an assortment of delicious tropical fruits. Posing in a yellow work helmet, this talented actress strikes a pose for her fans… up in the air! With arms wide open she seems to rule the world, just like she does on screen.

Flying across the planet, Trisha stops to examine the unique culture of Turkey. Posing on the rooftop in Istanbul, she is a sight to reckon. Sporting sunglasses, accessorised with an ebony-coloured shiny tote bag and a headband, and armed with walking shoes, the actress seems ready to capture the world on foot.