Veteran actor Indrans calls upon his costume designing in this tutorial to make face masks at home. What's more, this video was shot in Central Jail! 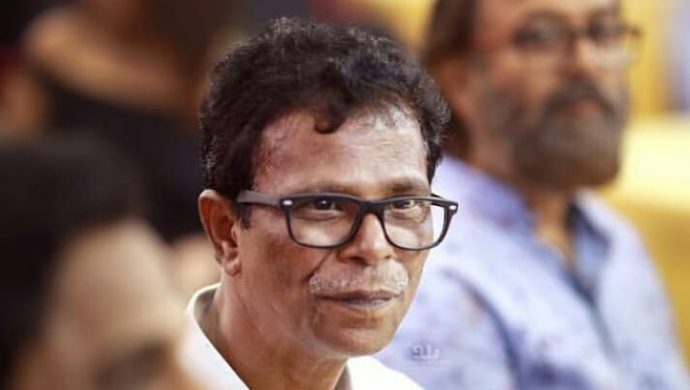 With more than 500 films to his name, actor Indrans is one of the most familiar faces in the industry. The Kerala State Film Award Winner for Best Actor also represented the industry internationally when he won an award for the best film in Shanghai International Film Festival in 2019. The actor with four decades of experience in the film industry was a costume designer before he landed his first movie.

Missed out on Vikadakumaran featuring Indrans? Watch the movie here:

Indrans recently appeared in a tutorial to make masks at home as a part of prevention measures against COVID-19 or Coronavirus. The video has gone viral on the internet and popular stars like Tovino Thomas and Aju Varghese have shared the video on their Instagram handles, thus showing support to the actor. Watch the video here:

The video shot from a manufacturing unit in Thiruvananthapuram Central Jail, shows Indrans giving step by step instructions in making masks at home. The actor who was a costume designer in his early days in the industry stitches a 3-layer mask in the video.

Here’s What Sa Re Ga Ma Pa Keralam Family Is Doing To Pass Time While They Stay At Home!

You Can Watch Your Favourite ZEE5 Originals For Free Now During The Lockdown! Don't Miss!