Adventure-thriller movie Carbon depicts some nail-biting moments that we all loved. Here are #5 best thrilling moments from the movie. Read more. 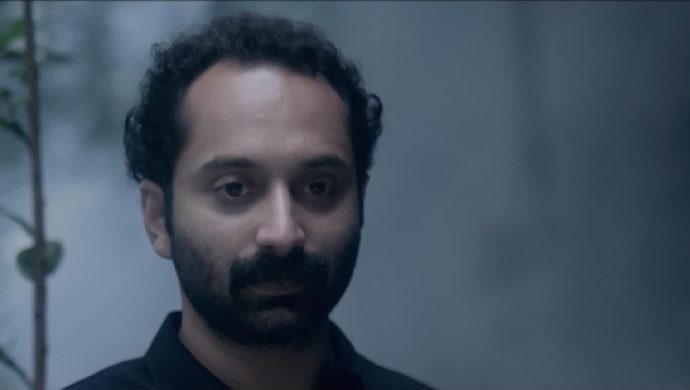 Don’t we all love a well-made thriller film with beautiful shots and an enthralling storyline? Carbon tells the story of Siby (Fahadh Faasil), an unemployed young man who tries to make quick money as he follows a lost trail in search of treasure. The film is directed by Venu, who creates a visual experience through marvellous shots like never before for the viewers. For everyone who loved Carbon, here are five thrilling moments from the movie that is worth a re-watch.

Missed out on Carbon, featuring Fahadh Faasil and Mamta Mohandas? Watch it here:

Fahadh Faasil’s character Siby is always on the lookout for quick money-making schemes. From selling ancient jewellery to contraband, he is up for anything and everything. When he becomes a salesman for an elephant, Siby finds himself confused and trapped by the mysterious mahout of the elephant. After he finishes the deal to sell the elephant, Siby meets the mahout again who tells him a gruelling secret.

Siby starts running when the mahout essayed by Soubin Saahir starts chasing him.  The mahout reveals that everyone who Siby met, including the owner of the elephant, are ghosts.

#2 The Search With Stalin

Stalin tells Siby about the lost track in the jungle that is going to lead him to the long-lost treasure. Siby begins the treasure hunt with the help of Sameera, an adventure junkie and nature lover. Stalin gives us some of the best jump-scares in the movie when he starts running as he encounters a wild bear. The initial moments in the jungle with Stalin and Siby’s wild chase for treasure gives a thrilling experience.

Siby is drawn to the story of the lost treasure as he is always on the hunt for big money. He compels the caretaker to tell him the story but is left sleepless after hearing the gruelling details. The caretaker tells Siby about how a hundred foot-soldiers were beheaded and cursed to guard the treasure. Siby gets scared when the caretaker tells him about several others like him who have witnessed the headless soldiers in the jungle, guarding the treasure.

Sameera and Stalin leave Siby in the jungle as they find his aspirations unrealistic. Siby continues on the trail alone only to find an ancient spearhead on the way making him motivated to continue his search. After a day in the jungle, Siby is left alone and tired, making him eat wild leaves and mushrooms. The best moment comes when Siby starts hallucinating from the mushroom he ate as he wanders in the jungle, making us all sit tight to see what happens next.

The subtle yet powerful ending of Carbon makes it a movie worth watching for its powerful themes of greed and money. After the montage of Siby wandering in the jungle, he is seen on a deserted road, hitchhiking a ride to the nearest town. When the car’s driver asks him for money, Siby amuses him with his strange smile and takes a gold coin out of his pocket. The ending of the movie leaves everyone in awe and mystery as Carbon doesn’t discuss whether the sequence is a part of his hallucinations or not.

What did you think of Carbon? Tell us in the comments below!