Here are some of the female leads from ZEE5 Malayalam shows who need a major empowerment detox. Don't miss! 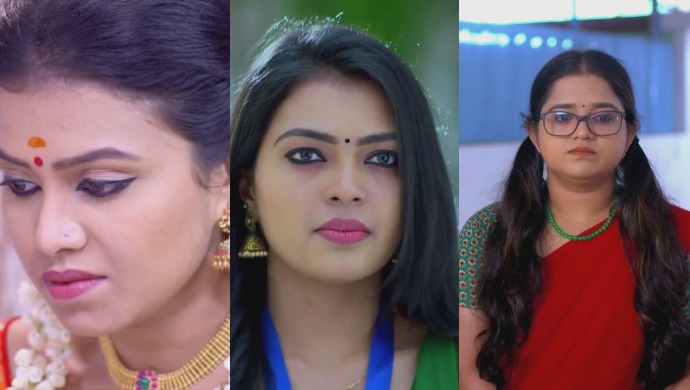 ZEE5 shows have presented us all with the best female leads and memorable characters on screen. From Kabani to Kalyani, many of these prime-time characters have become a part of our lives. With the many plot twists in these shows, our favourite characters have evolved and transformed in several ways. Women’s day is right around the corner and here are some of the leads from ZEE5 Malayalam shows who need a major empowerment detox.

Even with Samyuktha’s many affectionate approaches to win over Abhimanyu’s love for her, he fails to understand her liking towards him. Remember how she prepared food for him when he decided to starve, and sent Gopalakrishnan to make him accept it? Instead of constantly trying for his affection, Samyuktha should make Abhimanyu realise his childish temper tantrums are only making life hard for him. She always tries to stay humble even with many good deeds she does in the background, but in order to get appreciated for her efforts, Samyuktha should try and take credit for her efforts.

Priya has been an audience favourite in Sindhooram for her mesmerising on-screen chemistry with Abhi. Even with Tanu’s constant plans to kill her to win over Abhi, she fails to suspect Tanu as an adversary for her love. Even with Padma and Rony’s constant approaches to Abhi to make him realise Priya’s love for him, he fails to find it. Priya should trust her instincts more and fight back at Tanu for her evil moves. It’s only when she can stand up for herself that she can fight for someone who she truly wants.

Padmini played by Keerthana Anil in Kabani is popular among her fans for her stern replies and bold character persona. She is always willing to fight and answer the many intimidating questions put forward to Kabani on the show. When Rambha reels in other students against her, Padmini is left helpless in the absence of Kabani. Even with her bold nature and quirky replies, she fails to fight for herself. Only when she can fight for herself, she can help Kabani in her affairs.

Kalyani and Anand’s on-screen chemistry is one of the best romances we have all seen on TV. They both are willing to fight against all odds for their love for each other. While Anand is constantly trying to find ways to help Kalyani, she remains helpless over the many evil plans of Vilasini and Priyanka. Even when Vilasini burns her feet, Kalyani hides the truth about her injuries from Anand. If Kalyani were to stand up for herself and give stern replies to the likes of Vilasini, she could have avoided many of the hurtful obstacles in her way. Her relationship with Anand can only be fruitful if she is willing to be confident and bold in her replies.

Nimisha is a symbol of sacrifice and selfless love for many of Sumangali Bhava fans. Even when Suryan’s obsessive love puts her in harm’s way, Nimisha is willing to try and find the human side of him. In a recent episode, Nimisha shows her courage when Sidharthan’s words humiliate her as she rejects the proposal from his mother. While looking back, all of us Sumangali Bhava fans realise that Nimisha could have been vocal about Suryan’s eccentric nature and avoided the many hurtful situations from his side.

Women’ Day Special: Why Prathi Poovankozhi Featuring Manju Warrier Is A Must Watch