Forget the heroes and heroines, here are the best supporting characters we all love to watch on ZEE Keralam TV shows. 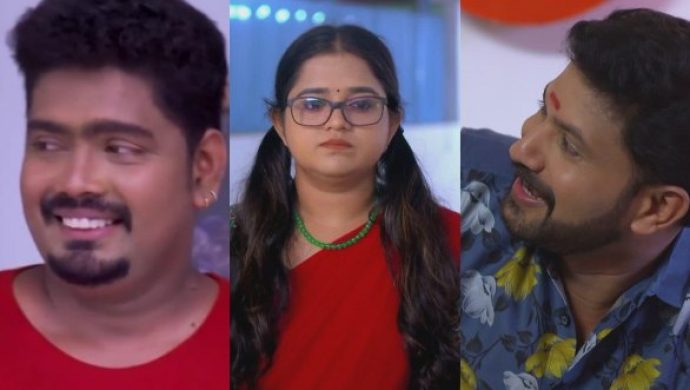 The supporting characters are the pillars of the leads in the story. The plot will not be interesting to watch in the absence of these people. Can you guys imagine an episode of Kabani without Ganeshan and Padmini? Or How can Anand from Chembarathi win against Vilasini if it wasn’t for the support from Subramanian and Aravind? Let’s take a look at some of the best-supporting characters from ZEE Keralam TV shows.

In Chembarathi, we all love Aravind, who provides unconditional support to his elder brother Anand’s love affair with Kalyani. Aravind is always there to help his brother and also got vocal when Akhilandeshwari was being unfair to Kalyani. Aravind planned to get Ganga’s father drunk so that he reveals his true identity. And that’s something we all enjoyed. These funny antics and one-liners, make Aravind one of the best-supporting characters from Chembarathi.

Ashokan claims to be Abhimanyu’s real brother who was branded an eccentric and moved to a mental asylum in his childhood. Samyuktha believes Ashokan’s story and takes him as her wingman to defeat Sharmilla and Jyothirmayi. The character is adored for his quirky replies to the short-tempered Abhimanyu, who doesn’t believe that Ashokan is his brother. Without Ashokan’s help, Samyuktha also wouldn’t have been able to fight Rasheed during the marriage ceremony.

Padmini is forever loved for her stern replies to Menaka and Rambha when they make rude comments on Kabani. We all enjoy watching her quirky on-screen chemistry with Ganeshan and Kabani on the show. Padmini makes an excellent accomplice as she is always on the lookout for a chance to get Kabani and Rishi together.

Cleetus from Sathya Enna Penkutty deserves all the praise for always saving Sudhi from difficult situations. He is Sudhi’s go-to problem solver for all issues, and his opinions are always the best on the show. Known for his funny moments, Cleetus is sure to make all of us laugh with his chemistry with other characters on the show.

Subramanian is clearly the funniest character from Chembarathi for his laid-back attitude and many hilarious acts on the show. His escapades with Anand at Mumbai were the funniest moments on the show. Subru, as the other characters lovingly call him; is the best deputy for Anand, and is always there with Aravind to help him, thinking about the ideas to deal with Ganga.

Who is your favourite supporting character from ZEE Keralam TV shows? Tell us in the comments below!

Sa Re Ga Ma Pa 25th Anniversary Special: Listen To These Amazing Duets From Our Finalists