These #4 empowering women from ZEE5 Malayalam movies are a must-watch for all movie lovers. Don't miss! 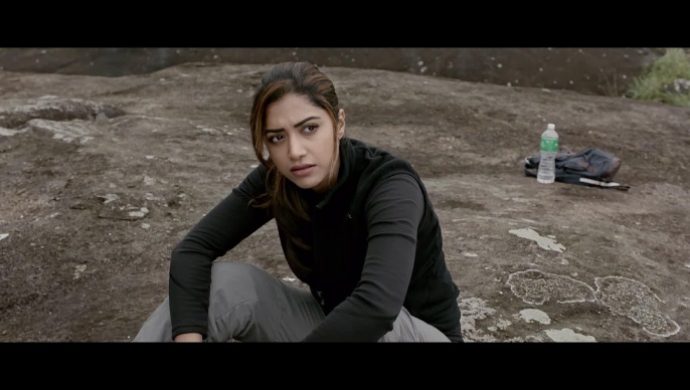 In recent years, Malayalam film industry has undergone a vivid transformation by portraying powerful female leads even in commercial films. Here are #4 such critically acclaimed characters from Malayalam ZEE5 movies to inspire you.

#1 Hey Jude: Hey Jude follows the quirky tale of Jude played by Nivin Pauly, who is a bit of an outcast in his own family and as well as socially because of his autism. He meets Crystal, played by Trisha, in Goa, which becomes a turning point in his life. Crystal suffers from bi-polar disorder. The two connect with each other as they both struggle with society’s stares and comments on their conditions. From an actress who has only appeared in mass entertaining movies, Trisha’s Crystal becomes a motivation for the audience as she reveals the real Jude to his family. Even with his inner struggle to ‘fit in’, Jude finds Crystal to be the only person who can understand him. Crystal struggles with her own issues related to her condition, but the companionship she offers to Jude arises from pure kindness.

#2 Neeli: The adventure horror thriller directed by Althaf Rahman presents the audience with an unconventional portrayal of a long-forgotten legend. Like the movie’s title suggests, Neeli follows the novel take on a ghost story many of us have heard growing up. The movie’s plot develops as Lakshmi, a single mother returns to her ancestral home following her husband’s suicide. As her only daughter gets kidnapped by a strange man, Lakshmi essayed by Mamta Mohandas seeks the help of a supernatural force. The movie draws a comparison between the supernatural force and the single mother who are both willing to fight until they find the missing child. As she finds herself helpless, Lakshmi decides to fight for herself. Mamta’s character becomes an inspiration for her to seek the help of a dreaded supernatural force and fight resiliently until the very end. Lakshmi’s character gives all of us the bold message that unconditional love can only come from selfless sacrifice.

#3 Carbon: Sameera from Venu’s Carbon played by Mamta Mohandas is a true thrill-seeker and an adventure junky. When Siby is scared to sleep inside the abandoned cottage, Sameera camps outside enjoying the starry sky at night. She is a wild soul and an experienced adventure junkie who opens up a new perspective and a world view for Siby. Sameera is not scared of exploring the wild and she willfully joins Siby’s expedition to find his treasure, knowing the dangerous path ahead.

#4 Aami: Director Kamal’s Aami is based on the life of one of the most celebrated writers, Kamala Surayya, also known as Madhavikutty. The remarkable performance from Manju Warrier was widely appreciated for accurately portraying the extraordinary life of the author. The writer’s real-life story is one of the most engaging ones ever, from getting married at a young age of 15, to a complicated marriage with a man who was 20 years older than her. Finally, getting caught in a communal crossfire of words during the later stages of her life when she married a Muslim man and also converted to Islam. All through this, Kamala sought escape and expression in her writings, eventually transforming into an exemplary writer. Even with a terrible past, the writer became a renowned figure in the realms of literature with a plethora of awards to her name. Manju Warrier’s phenomenal performance in the movie opens up the writer’s life to the audience, filled with an intense series of events, making the movie an amazing visual experience.

If you liked these inspirational characters from ZEE5 Malayalam movies, check out the rest of our collection, only on ZEE5.

This Father Daughter Duo From Sa Re Ga Ma Pa Is The Cutest Thing On The Internet Now!