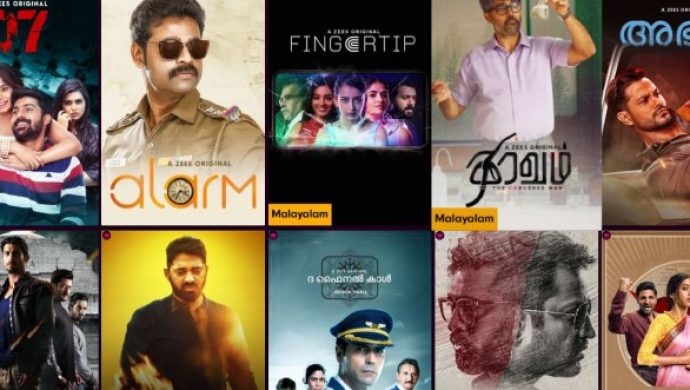 Looking for the best homegrown original content to binge on this Republic day? These selected Malayalam ZEE5 Originals are the perfect watch to celebrate our proud nation’s 70th Republic Day.  Have a look at this list of the best original content out there:

# Alarm: Looking for that perfect cop show to spike that adrenaline push? Alarm, starring Prem Kumar famous for his roles in Vikram Vedha and Sarkar traces the journey of a police officer who races against time to save an abducted young woman. Filled with enthralling shooting and chase sequences, the series is the perfect watch for you if you love an intense fast-paced show with the best twists and turns in the screenplay.

#Skyfire: If you are a lover of thrilling sci-fiction, the novel storytelling displayed in Skyfire is going to be nothing less of an experience for you. This is also the first series by ZEE5 to be adapted from a book. Skyfire tells the story of a journalist, a politician and a police officer being part of a conspiracy to change the world and destroy it. The absolute entertainer from ZEE5 is based on a book by Aroon Raman of the same name. The brilliant screenplay and the mesmerising performance from the actors make for another reason to watch the thriller.

#Kaafir: Directed by Sonam Nair, Kafir tells the heart touching story of Kainaz, who is labelled as a terrorist when she ends up on the Indian border. The story tells the riveting tale of Kainaz who gives birth to a girlchild during her incarceration in an Indian prison and her journey in search of justice in a foreign country. At a time of despair and struggle, she is helped by a journalist and lawyer, Vedant Rathod, played by Mohit Raina. Enjoy this gripping tale of a mother and daughter this Republic Day weekend.

#The Final Call: Starring Arjun Rampal in the lead, this suspense thriller from ZEE5 is sure to leave you on the edge of your seats with its intense screenplay and gripping storyline. The Final Call is a must-watch for everyone who is searching for a series to get involved in, with more than just plot twists and jump scares. The story takes the audience on an adventure analysing the mind of a man ready to take vengeance on his past. The star cast, along with actors like Sakshi Tanwar and Vipin Sharma, makes way for a thrilling ride, that will surely make you wait for each new episode.

#Utsaha Ithihasam-The Saga of the Spirited: When your decisions go wrong, society treats you unfairly, sometimes pushing you on to the verge of taking vengeance. Uthsaha Ithihasam- The Saga of the Spirited, a youthful comedy, starring Arjun Ratan, Rahul Rajagopal, Bejoy Balagopal, Pooja Nair and Shweta Netam Khare in significant roles, deals with one such situation in life. The life of Nitin, a software engineer, and Kristo, a filmmaker, will make you think.

This year, on the occasion of Republic day, ZEE5´s favourite stars have taken a special pledge to entertain the audience without discrimination of any kind. Watch singer Shriram Iyer take his pledge.

If you liked our list of the best original ZEE5 series to watch, check out the rest of our collection, only on ZEE5.

Chembarathi 24 January Preview: Anand Assures Kalyani That He Will Marry Her