Here’s why Appani Sarath is the perfect fit for essaying the role of the dreaded gangster in Auto Shankar. 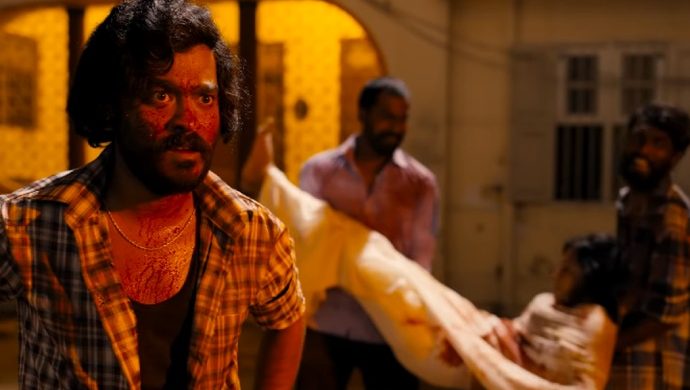 Auto Shankar directed by Ranga Yali retraces the journey of the notorious serial killer Shankar from the late 80s. The thrilling storyline accounts for many sudden twists and turns in the series, which makes it an all-round entertainer. Angamaly Diaries fame ‘Appani’ Sharath plays the lead in the web series, and he is famous for essaying challenging roles in Malayalam films. The actor has won critical appraise for his portrayal of the character in the series and the mesmerising acting skills from the actor makes the series a must watch.

The series begins with Shankar’s last day in jail and follows his life as he contemplates his past. The show amassed positive reviews for the actor’s performance as the notorious gangster Shankar from Madras. The series doesn’t, in any way, try to glorify the negative side of Shankar and at the same time, it explores his dark side with all the gruelling details.

And here’s why Appani Sarath is the perfect fit for essaying the role of the dreaded gangster:

#1 Auto Shankar tries to stay true to its viewers as the show depicts close to real life scenarios about a life based in crime. As a genre, crime has always been showcased on screen with the plush extravaganza that follows. Auto Shankar is faced with real consequences to his actions and struggles to deal with the aftermath that follows. Appani Sarath is famous for his negative roles in Malayalam movies and he proves to be the right fit for the role of  Auto Shankar. Originally named Sarath Kumar, Appani Sarath got his nickname from his debut character as Appani Ravi in 2017 Malayalam film Angamaly Diaries. The actor’s amazing performance as the gangster in the movie gave him the right attention in the south Indian film industry and soon became the go-to local don in similar movies.

#2 Appani Sarath mentions that he found Auto Shankar’s accent difficult to master but with constant practice he was able to portray the role into perfection. Being a Malayalam actor, Sarath’s embodiment of the Tamil character garnered him critical acclaim for the mesmerising  transformation to the gangster Shankar. Auto Shankar partakes in flesh trafficking and illicit liquor business but his character is never justified in the series. The actor embodies the character with all the negative aspects attached and stays true to the real-life story of the gangster. Many viewers expected a flashy, rich progression to the character, but Appani Sarath portrays the character of Shankar with all of his flaws into perfection.

#3 During an interview, Sarath explains how he prepared for the challenging character from Auto Shankar. He describes the transformation he underwent to understand the mental stature of the dreaded criminal and how he visited Shankar’s family in Chennai to learn more about the character he is essaying. Sarath visited the streets related to the incidents mentioned in the series to get a better understanding of the cultural geography of the place. Sarath’s phenomenal acting depicts the mental stature of Shankar after the brutal murders and the moments that follow are a must watch.

Sa Re Ga Ma Pa’s Jeeva Shared His 10-Year Challenge And It’s The Best Transformation Ever.